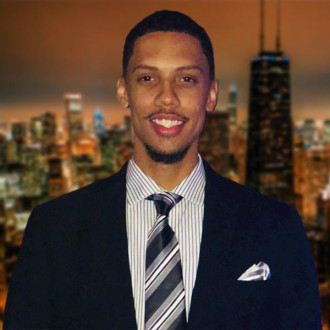 Garrett is an experienced litigator and trial attorney. He manages the firm's practice and handles cases from start to finish. He represents clients in criminal, civil, and administrative matters across the Chicago area and regularly conducts a wide range of trials, hearings, negotiations, and investigations. Garrett has established a winning record in court and works to secure the best possible outcome for clients in every case.

Garrett studied Political Science at Washington University in St. Louis and attended law school at Georgetown University in Washington, D.C. During his time in the capital, he clerked at a leading defender office, litigated federal civil rights cases in a student clinic, and served as Senior Editor of the Georgetown Journal on Poverty Law & Policy. He also co-hosted a national journalism conference, earned top marks in Trial Advocacy, and helped design a practicum on social entrepreneurship.

After graduating from law school, Garrett worked on innovative new approaches to public policy and outlined reforms needed in the criminal justice system. As a new attorney at a criminal justice advocacy organization, he was part of a criminal defense team focused on cases involving public policy issues and the wrongly accused. He won his first jury trial less than three months into practice and began working as special counsel on his team's high stakes cases. In this role, Garrett argued on behalf of juveniles before the Illinois Prisoner Review Board, defended victims of predatory civil forfeiture, and helped clients avoid permanent convictions in over 90% of criminal cases.

Garrett is committed to providing legal service of the highest quality to every client. He is licensed to practice law in the state of Illinois and the U.S. District Court for the Northern District of Illinois.